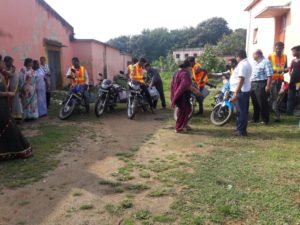 It was inaugurated by MO I/C, BPO of NHM Government of Odisha & Director CARAM India. 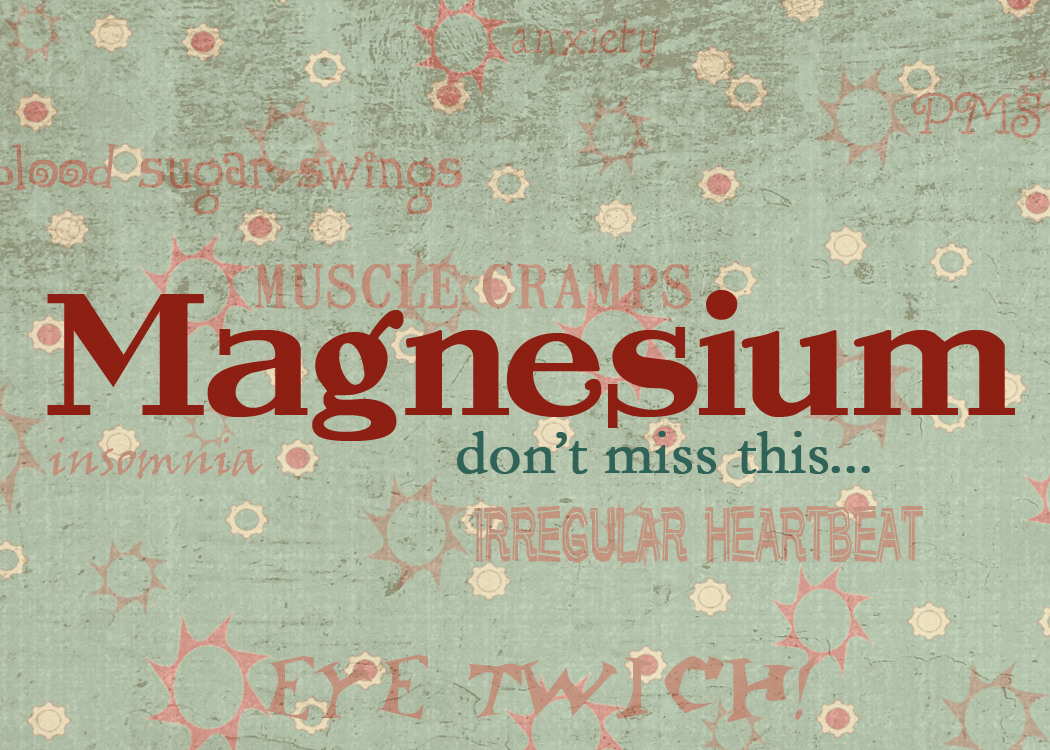 Magnesium deficiency is often misdiagnosed because it does not show up in blood tests – only 1% of the body’s magnesium is stored in the blood.

Most doctors and laboratories don’t even include magnesium status in routine blood tests. Thus, most doctors don’t know when their patients are deficient in magnesium, even though studies show that the majority of persons are deficient in magnesium. Consider Dr. Norman Shealy’s statements, “Every known illness is associated with a magnesium deficiency” and that, “magnesium is the most critical mineral required for electrical stability of every cell in the body. A magnesium deficiency may be responsible for more diseases than any other nutrient.” The truth he states exposes a gaping hole in modern medicine that explains a good deal about iatrogenic death and disease. Because magnesium deficiency is largely overlooked, millions of Americans suffer needlessly or are having their symptoms treated with expensive drugs when they could be cured with magnesium supplementation.

One has to recognize the signs of magnesium thirst or hunger on their own since allopathic medicine is lost in this regard. It is really something much more subtle then hunger or thirst but it is comparable. In a world though where doctors and patients alike do not even pay attention to thirst and important issues of hydration it is not hopeful that we will find many recognizing and pay attention to magnesium thirst and hunger which is a dramatic way of expressing the concept of magnesium deficiency.

Few people are aware of the enormous role magnesium plays in our bodies. Magnesium is by far the most important mineral in the body, After oxygen, water, and basic food, magnesium may be the most important element needed by our bodies, vitally important yet hardly known. It is more important than calcium, potassium or sodium and regulates all three of them. Millions suffer daily from magnesium deficiency without even knowing it

In fact, there happens to be a relationship between what we perceive as thirst and deficiencies in electrolytes. I remember a person asking, “Why am I dehydrated and thirsty when I drink so much water?” Thirst can mean not only lack of water but it can also mean that one is not getting enough nutrients and electrolytes. Magnesium, Potassium, Bicarbonate, Chloride and Sodium are some principle examples and that is one of the reasons magnesium chloride is so useful.

You know all those years when doctors used to tell their patients its all in your heads were years the medical profession was showing its ignorance. It is a torment to be magnesium deficient on one level or another. Even if it’s for the enthusiastic sports person whose athletic performance is down magnesium deficiency will disturb sleep and background stress levels and a host of other things that reflect on the quality of life. Doctors have not been using the appropriate test for magnesium – their serum blood tests just distort their perceptions. Magnesium has been off their radar screens through the decades that magnesium deficiencies have snowballed.

The first symptoms of deficiency can be subtle – as most magnesium is stored in the tissues, leg cramps, foot pain, or muscle ‘twitches’ can be the first sign. Other early signs of deficiency include loss of appetite, nausea, vomiting, fatigue, and weakness. As magnesium deficiency worsens, numbness, tingling, seizures, personality changes, abnormal heart rhythms, and coronary spasms can occur.

A full outline of magnesium deficiency was beautifully presented in a recent article by Dr. Sidney Baker. “Magnesium deficiency can affect virtually every organ system of the body. With regard to skeletal muscle, one may experience twitches, cramps, muscle tension, muscle soreness, including back aches, neck pain, tension headaches, and jaw joint (or TMJ) dysfunction. Also, one may experience chest tightness or a peculiar sensation that he can’t take a deep breath. Sometimes a person may sigh a lot.”

“Symptoms involving impaired contraction of smooth muscles include constipation; urinary spasms; menstrual cramps; difficulty swallowing or a lump in the throat-especially provoked by eating sugar; photophobia, especially difficulty adjusting to oncoming bright headlights in the absence of eye disease; and loud noise sensitivity from stapedius muscle tension in the ear.”

“Symptoms or signs of the cardiovascular system include palpitations, heart arrhythmias, and angina due to spasms of the coronary arteries, high blood pressure, and mitral valve prolapse. Be aware that not all of the symptoms need to be present to presume magnesium deficiency; but, many of them often occur together. For example, people with mitral valve prolapse frequently have palpitations, anxiety, panic attacks and premenstrual symptoms. People with magnesium deficiency often seem to be “uptight.” Other general symptoms include a salt craving, both carbohydrate craving, and carbohydrate intolerance, especially of chocolate, and breast tenderness.”

Magnesium is needed by every cell in the body including those of the brain and is one of the most important minerals when considering supplementation because of its vital role in hundreds of enzyme systems and functions related to reactions in cell metabolism, as well as being essential for the synthesis of proteins, for the utilization of fats and carbohydrates. Magnesium is needed not only for the production of specific detoxification enzymes but is also important for energy production related to cell detoxification. A magnesium deficiency can affect virtually every system of the body.

One of the principle reason doctors write millions of prescriptions for tranquilizers each year is the nervousness, irritability, and jitters largely brought on by inadequate diets lacking magnesium. Persons only slightly deficient in magnesium become irritable, highly-strung, and sensitive to noise, hyper-excitable, apprehensive and belligerent. If the deficiency is more severe or prolonged, they may develop twitching, tremors, irregular pulse, insomnia, muscle weakness, jerkiness and leg and foot cramps.

If magnesium is severely deficient, the brain is particularly affected. Clouded thinking, confusion, disorientation, marked depression and even the terrifying hallucinations of delirium tremens are largely brought on by a lack of this nutrient and remedied when magnesium is given. Because large amounts of calcium are lost in the urine when magnesium is undersupplied, the lack of this nutrient indirectly becomes responsible for much rampant tooth decay, poor bone development, osteoporosis and slow healing of broken bones and fractures. With vitamin B6 (pyridoxine), magnesium helps to reduce and dissolve calcium phosphate kidney stones.

Magnesium deficiency may be a common factor associated with insulin resistance. Symptoms of MS that are also symptoms of magnesium deficiency include muscle spasms, weakness, twitching, muscle atrophy,  an inability to control the bladder, nystagmus (rapid eye movements), hearing loss, and osteoporosis.  People with MS have higher rates of epilepsy than controls.  Epilepsy has also been linked to magnesium deficiencies.

We hear all the time about how heart disease is the number one health crisis in the country, about how high blood pressure is the “silent killer”, and about how ever increasing numbers of our citizens are having their lives and the lives of their families destroyed by diabetes, Alzheimer’s disease, and a host of other chronic diseases

Signs of severe magnesium deficiency include:

But wait a minute, aren’t those the same symptoms for diabetes? Many people have diabetes for about 5 years before they show strong symptoms. By that time, some people already have eye, kidney, gum or nerve damage caused by the deteriorating condition of their cells due to insulin resistance and magnesium deficiency. Dump some mercury and arsenic on the mixture of etiologies and pronto we have the disease condition we call diabetes.

Magnesium deficiency is synonymous with diabetes
and is at the root of many if not all cardiovascular problems.

Magnesium deficiency is synonymous with diabetes and is at the root of many if not all cardiovascular problems.

Magnesium deficiency is a predictor of diabetes and heart disease both; diabetics both need more magnesium and lose more magnesium than most people. In two new studies, in both men and women, those who consumed the most magnesium in their diet were least likely to develop type 2 diabetes, according to a report in the January 2006 issue of the journal Diabetes Care. Until now, very few large studies have directly examined the long-term effects of dietary magnesium on diabetes. Dr. Simin Liu of the Harvard Medical School and School of Public Health in Boston says, “Our studies provided some direct evidence that greater intake of dietary magnesium may have a long-term protective effect on lowering risk,” said Liu, who was involved in both studies.

The thirst of diabetes is part of the body’s response to excessive urination. The excessive urination is the body’s attempt to get rid of the extra glucose in the blood. This excessive urination causes the increased thirst. But we have to look at what is causing this level of disharmony. We have to probe deeper into layers of the cause. The body needs to dump glucose because of increasing insulin resistance and that resistance is being fueled directly by magnesium deficiency, which makes toxic insults more damaging to the tissues at the same time.

When diabetics get too high blood sugars, the body creates “ketones” as a by-product of breaking down fats. These ketones cause blood acidity which causes “acidosis” of the blood, leading to Diabetic Ketoacidosis (DKA), This is a very dangerous condition that can lead to coma and death. It is also called “diabetic acidosis”, “ketosis”, “ketoacidosis” or “diabetic coma”. DKA is a common way for new Type 1 diabetics to be diagnosed. If they fail to seek medical advice on symptoms like urination, which is driving thirst they can die of DKA.

Oral magnesium supplements reduce erythrocyte dehydration. In general optimal balances of electrolytes are necessary to maintain the best possible hydration. Diabetic thirst is initiated specifically by magnesium deficiency with relative calcium excess in the cells. Even water, our most basic nutrient starts having a hard time getting into the cells with more going out through the kidneys.

Modern medicine is supposed to help people not hurt them but with their almost total ignorance of magnesium doctors end up hurting more than they help for many of the medical interventions drive down magnesium levels when they should be driving them up. Many if not most pharmaceutical drugs drive magnesium levels into very dangerous zones and surgery was done without increasing magnesium levels is much more dangerous then surgery done with.

The foundation of medical arrogance is actually medical ignorance and the only reason ignorance and arrogance rule the playing field of medicine is a greed lust for power and money. Human nature seems to be at its worst in modern medicine when it should be at its best. It is sad that people have to suffer needlessly and extraordinarily tragic that allopathic medicine has turned its back on the Hippocratic Oath and all that it means.

Reach Us at Our Office